The hull provides a volume to house accommodation, machinery, the supplies, and the cargo. It has to be seaworthy enough for the routes the yacht will sail and provide the lowest possible resistance to forward movement. It has to resist the heeling forces generated by the wind’s interaction with the sails and have a large resistance to sideways movement so that reducing the sideways drift to leeward of the desired course. In fact, the hull determines most of the yachts’ main attributes: stability, resistance, seaworthiness, manoeuvrability, and load-carrying capacity.

The geometry of the hull of a sailing yacht is a complex three-dimensional shape, which cannot be defined by any simple mathematical expression. It is usually described using traditional lines drawings, half or full-hull scale models, and/or computer-aided mathematical descriptions. However, features of the hull can be described by dimensional quantities (e.g., length, beam, draft), or non-dimensional ones like (e.g., prismatic coefficient). These descriptive quantities are called parameters.

The forward end of the yacht.

The extreme after end of the yacht.

The sheer line is the intersection between the deck and the topside.

It is the vertical distance between the sheer line and the waterline.

Waterline is the line determined by the intersection of any horizontal plane parallel to the free water surface and the hull.

The designed waterline is the intended waterline when the sailing yacht is afloat in a normal position. It is defined during the design phase for a determined condition of load and load distribution.

It is the maximum length from the stem’s forwardmost point of the stem, also known as bow, to the extreme after end. Spars, fittings (bowsprits, pulpits, etc.), or the rudder are not included.

It is the length of the designed waterline.

It is the maximum breadth (width) of the hull, excluding fittings.

It is the maximum beam of the hull at the designed waterline.

Draft of the hull (TC)

It is the vertical distance from the designed waterline (DWL) to the deepest point of the hull. The ‘c’ used in the notation is for ‘canoe body’.

It is the vertical distance from the deepest point of the keel to the sheer line.

Depth of the hull (DC)

It is the vertical distance from the deepest point of the hull to the sheer line.

A waterplane is the area enclosed by a waterline.

The area of the waterplane, SWC, is the area enclosed by the designed waterline DWL.

A section is delimited by the intersection of the hull, the waterplane, and a plane perpendicular to the waterplane. For sailing yachts, it is common to put the midship section halfway between the fore and aft ends of the designed waterline.

It is defined as the ratio of the area of the midship section, AMc, to the area of a rectangle with an area equivalent to BWL x TC.

The maximum area section is the are of the greatest section and for sailing yachts, it is usually located behind (aftward) the midship section.

It is the ratio of the volume displacement to the volume of the circumscribed cylinder whose length is equal to LWL and its cross-section equal to the maximum section of the hull AX. The prismatic coefficient represents the fullness of the yacht. The fuller the ends, the larger the CP.

It is the theoretical point through which all the weights constituting the yacht and its contents may be assumed to act. The centre of gravity must be on the same vertical line as the centre of buoyancy.

Centre of buoyancy (B) 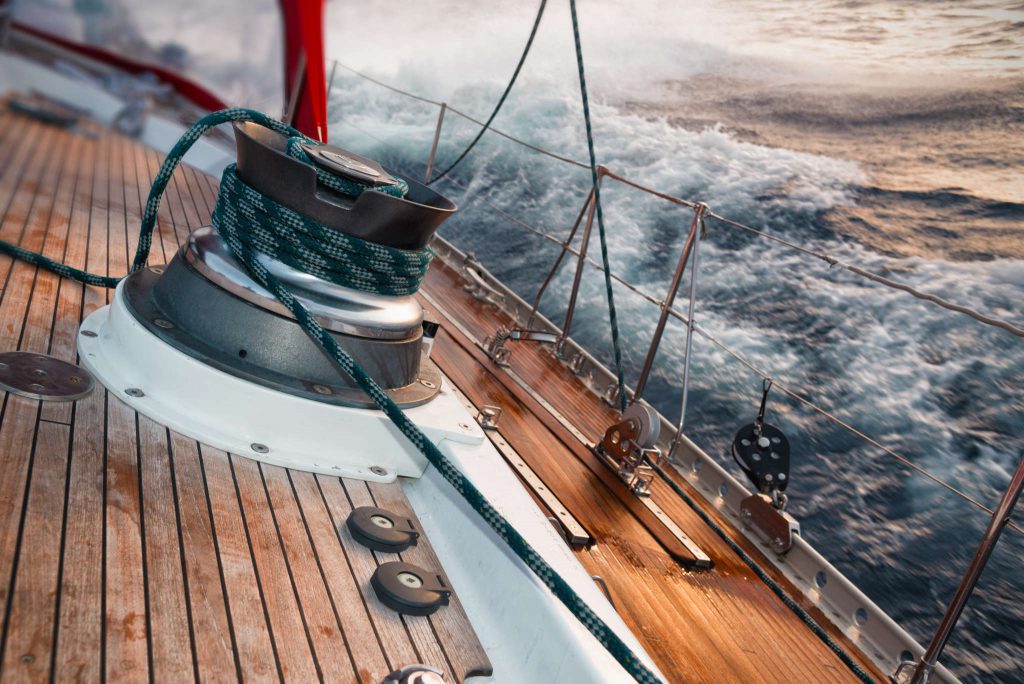 Years ago, the first step to design a boat was to carve a small-scale model of the hull in wood. This model was then sawn… 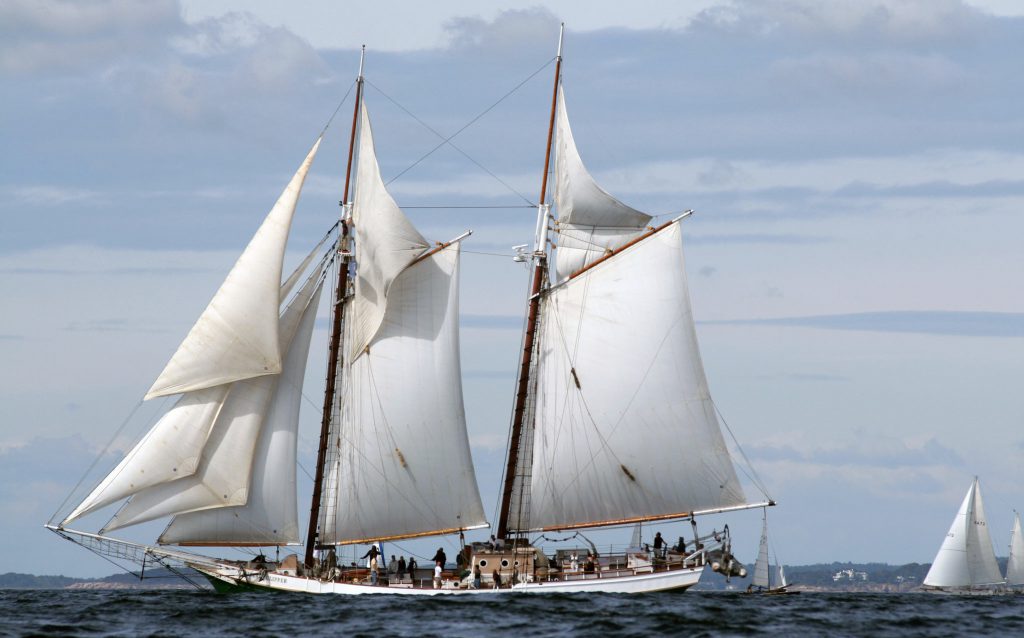 The “Great Exhibition of the Works of Industry of All Nations” took place in London in 1851. This first “world expo” was inspired by the…

The Froude number is used in naval architecture to: predict the boat-created wave system that moves along with the boat as it makes its way…

In the ocean, we find waves moving along the surface (at the air-water interface), but also at deeper layers along what is called pycnoclines ( which… 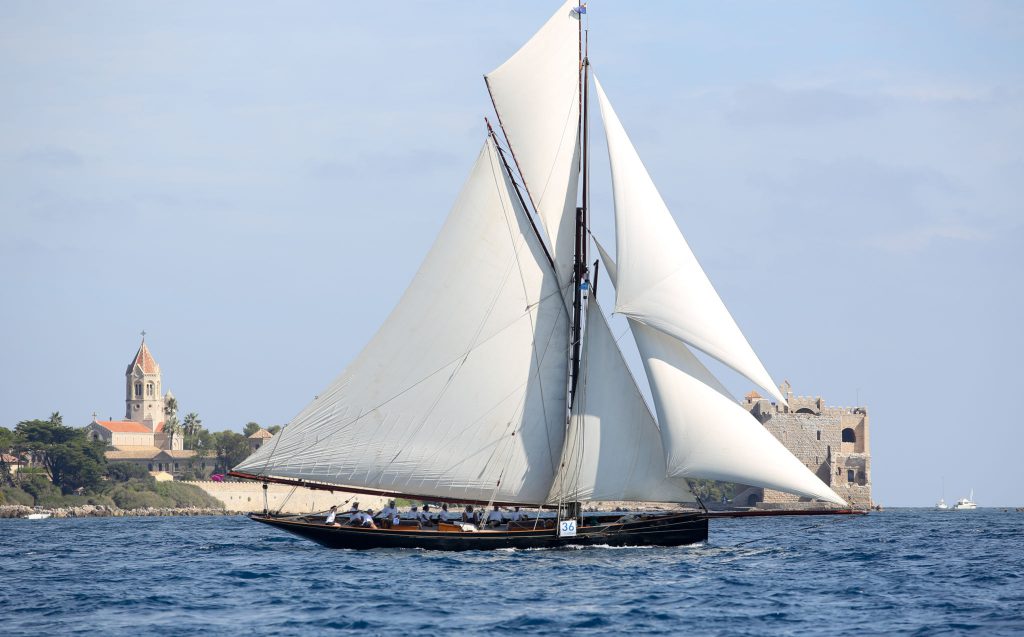 As soon as early humans began to explore new territories for hunting and trading, they found more and more natural water barriers standing in their…

Water and air are two different fluids that enter into contact at the ocean’s surface at what is called the air-water interface. This interface, also…

We use cookies to personalize content and ads, to provide social media features and to analyze our traffic.

We also share information about your use of our site with our social media, advertising and analytics partners.