Book: ‘The Science behind Sailing’

The book on the aero- and hydromechanics of sailing.

From now on, Navalapp PRO Members will have a 50% discount, Navalapp ADVANCED members a 30% discount, and Navalap students enrolled in any of our Courses a 20% discount on the book ‘The Science behind Sailing’ written by renowned Aeronautical Engineer and Fluid Dynamicist Joop Slooff.

‘The Science behind Sailing’ book: 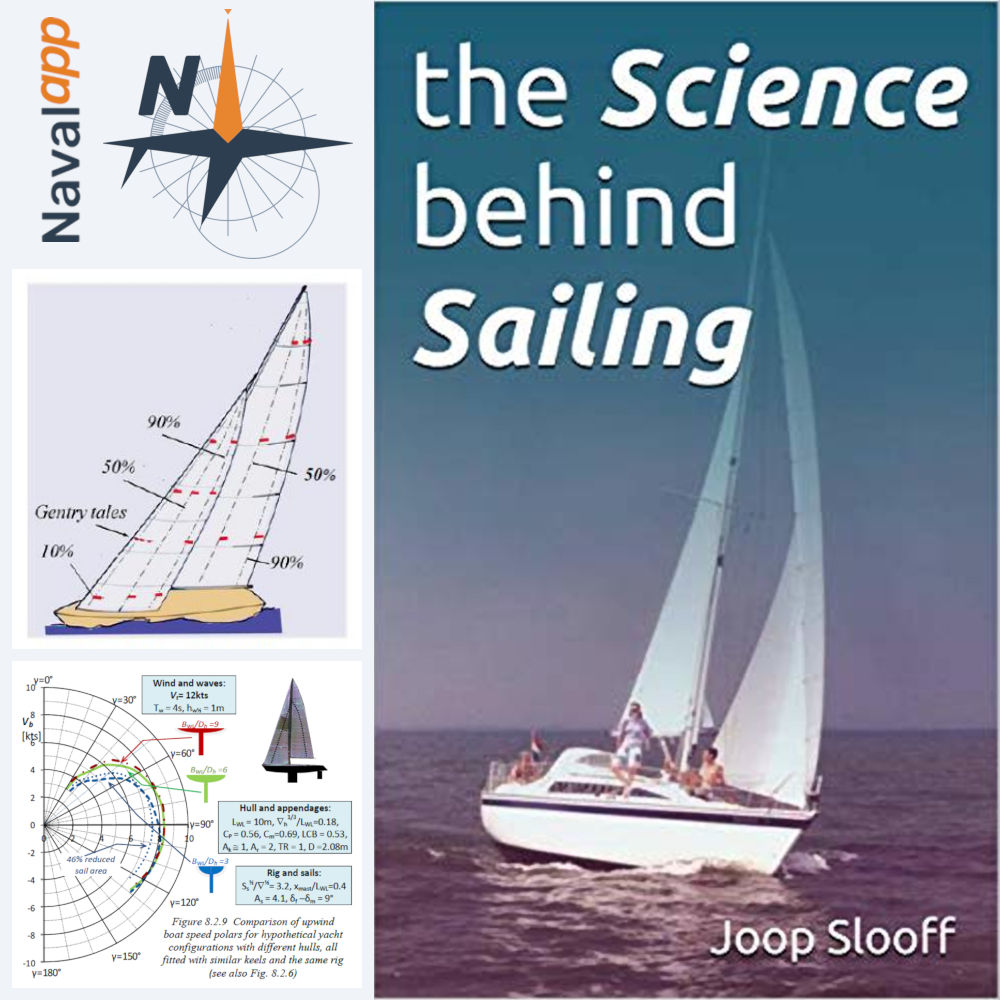 Navalapp PRO Members can now buy the hardcover or paperback edition of the book at 45€ plus the dispatch costs or its pdf file version at 17.25€.

Navalapp ADVANCED members can now buy the hardcover or paperback edition of the book at 63€ plus the dispatch costs or its pdf file version at 24.15€.

Navalapp Students can now buy the hardcover or paperback edition of the book at 72€ plus the dispatch costs or its pdf file version at 27.60€. 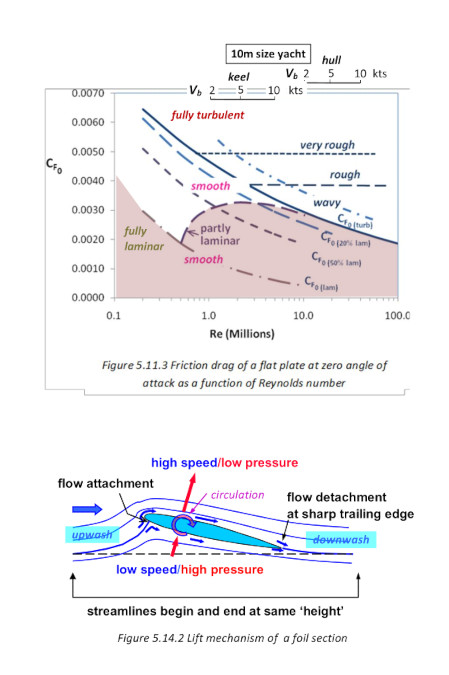 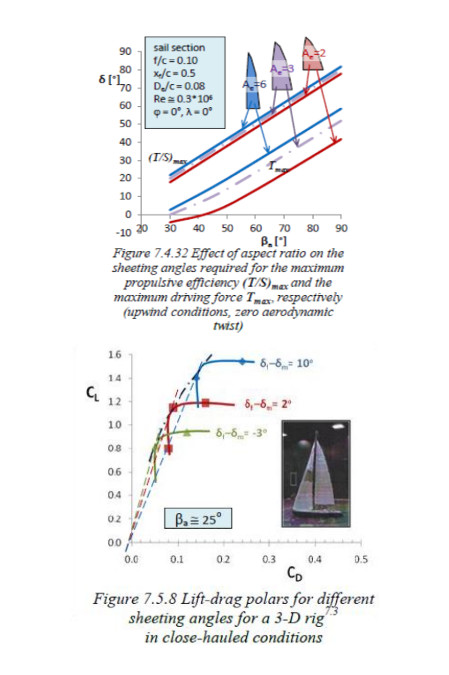 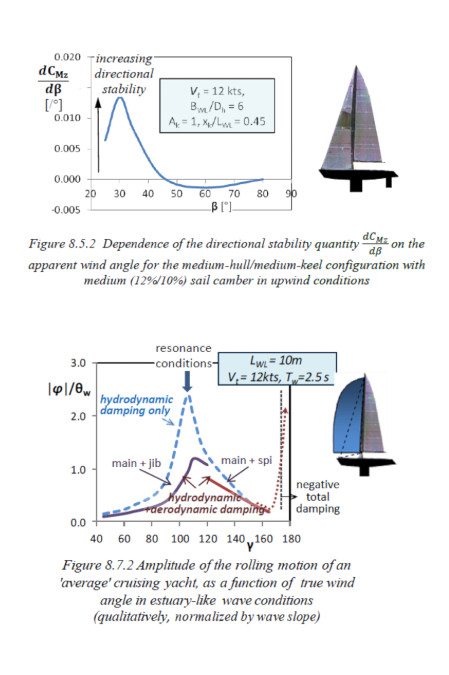 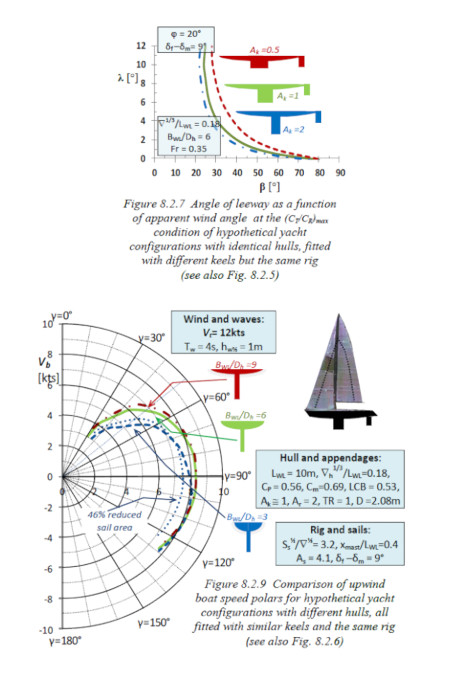 He obtained his degree in aeronautical engineering at Delft University of Technology (The Netherlands) in 1964, also having followed the Diplome Course at the Von Kármán Institute for Fluid Dynamics (VKI) in Rhode-St Genèse (Belgium).

In 1965 he joined the National Aerospace Laboratory (NLR) in Amsterdam, The Netherlands, as a research scientist in aerodynamics, with airfoil and wing design and applied computational aerodynamic design methodologies as his main research topics. In 1976 he was appointed as head of the Theoretical Aerodynamics Department and in 1986 as chief of the Fluid Dynamics Division, a position he held until his retirement in 2001.

In 1981, Peter van Oossanen invited him to join the design research effort for the 12-Metre yacht Australia II for the 1983 America’s Cup campaign. He proposed the concept of the upside-down, winged keel and was responsible for the computational fluid dynamic modeling, which substantiated the performance potential of the concept.

He has served on several national and international advisory committees, such as the Fluid Dynamics Panel of the former Advisory Group for Aeronautical Research and Development (AGARD) of NATO, the Research and Technology Organisation (RTO) of NATO, the Applied Aerodynamics Committee of the American Institute for Aeronautics and Astronautics (AIAA), the Group for Aeronautical Research and Technology in Europe (GARTEUR), the Technical Advisory Committee of the Von Kármán Institute for Fluid Dynamics in Belgium and the Scientific Advisory Council of the Maritime Research Institute of the Netherlands (MARIN). In 1996 he delivered the 36th Lanchester Lecture for the Royal Aeronautical Society in London. He is the 1997 recipient of the Von Kármán Medal of AGARD/NATO, recognizing his outstanding
contributions to that organization. He is also a Fellow of the American Institute for Aeronautics and Astronautics.

After his early retirement in 2001, he was involved as a technical-scientific advisor in the ABN-AMRO campaign for the 2005-2006 Volvo Ocean Race, and from 2008 through 2012, he lectured on the aero- and hydrodynamics of sailing at an annual special course on sailing yacht technology at the faculty of Maritime Technology of Delft University.

Joop has been a cruising yachtsman since 1977 and owns a 33ft cruising sloop with a shallow draft winged keel.

Apply for this offer

You are a Navalapp PRO member, Navalapp ADVANCED member, or a Navalapp Course Student, and you are interested in acquiring the book ‘The Science behind Sailing’. Then send us a message applying for this offer! We will come back to you as soon as possible.